The history of this college goes back to a person's dream, he was Mr. Ram Gopal Vidyant, conferred upon the title of Vidya-Anant-Vageeshwari, later culminated into vidyant. He had to swim across the village river to reach his school. So he took promise from his two sons that they would built a school for children. They were so busy in their professional life as Visionary and Planner of today’s Lucknow, shaping its architecture in the form of Charbagh Railway Station, Pucca Pul, Allahabad Bank and Central Bank buildings at Hazratganj etc., during the first half of the 20th century that they forgot the promise of building a school for little torch-bearers. One of them was Mr. Hari Prasad Vidyant, topped in Graduation in Canning College in 1892. His only son Mr. Victor Narain Vidyant (1895-1984), MSc, LLB, Honorary Magistrate, fulfilled this promise by establishing Vidyant Hindu School in 1938 on the premises he purchased from the successors of Raja Dakshina Ranjan Mukherjee, the only Bengali king outside Bengal and Finance Minister of Nawab Amjad Ali Shah, father of Nawab Wajid Ali Shah. Thereafter, the School grew into a High School in 1944 and into Intermediate College in 1946. In the year 1954, it started the Bachelor of Arts courses in the form of a Degree College associated to the University of Lucknow. 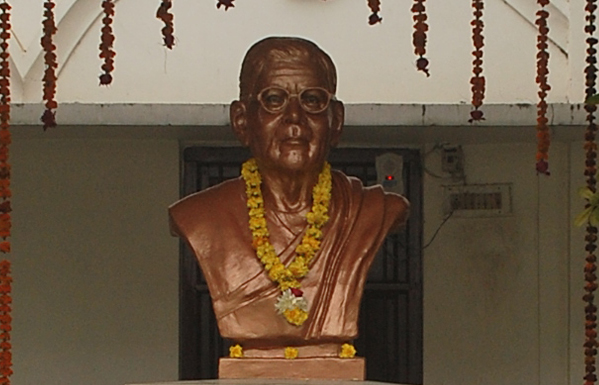 In the year 1974, the Bachelor of Commerce course was commenced. In the very first batch of this course Sri. H. Ramesh topped in the University. In 2006, the College was upgraded to Post Graduate level with the opening of the Master of Arts (History) and the Master of Commerce courses. The College maintains a tradition of scholarship and showed a consistent outstanding performance in the University of Lucknow examinations. This College is a focal point of education in the city offering quality education to the both, haves and have-nots. Well recognized by the University Grants Commission, the College is proud of its highly qualified faculty, forty five in number at present, imparting knowledge to about 3500 students. Behind this entire phenomenon there is a consistent service of thirty five highly committed and sincere non-teaching employees of class III and IV.