The idea of Social Justice forms the core-concern of Dr. Ambedkar’s thinking. In the same line, the Centre has made this idea of social justice its central concern. Indeed, the idea of justice remains at the heart of political philosophy since antiquity because the realm of justice is co-eval and co-extensive with human spirit; and although dark times may discolor or dislocate it the quest for justice will not die down. Furthermore, the meaning and forms of justice will be determined by the spirit of an age; and the priorities of an anthropocentric age will bring forth a set of postulates and propositions to which a theocentric age or political order will not at all agree. The legal ideology and political practice reflect a given social structure. Traditional societies were hierarchical in which the division of the community into ranks, castes or order was regarded as an expression of justice. This was justified in terms of God’s will, reason and morality. In India, the Varna hierarchy was sanctioned by the law of Karma and ordained by Dharma. 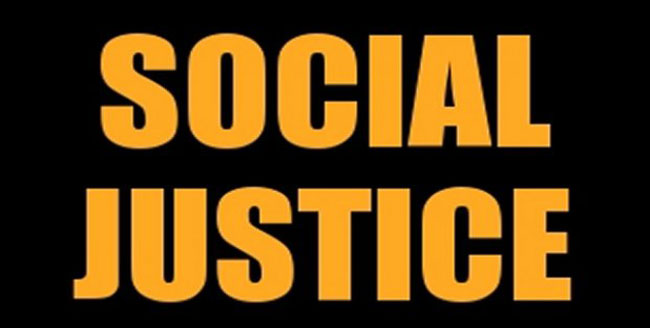 In modern times, social justice has been defined as a concept which requires elimination of all kinds of discrimination and privileges based on birth, race, caste, creed or sex. Social roles ought not to be determined by status but by capacity. Social mobility between different types of occupations should replace rigid stratification of roles inherited from the past. Justice, as we are now in a position to conclude, is a term of synthesis, it is the fixed principle which regulates the general distribution. It is, in a word, the general right ordering and adjustment of social relations by the authority of the State. It gives to each person rights, as his share in the whole system, and it thus reconciles the claim of one person with another. It also gives to each principle of distribution – liberty, equality and fraternity – its share and weight in determining the distribution actually made, and it thus adjusts principle to principle. Justice, thus, is a joining or fitting together not only of persons, but also of principles. It joins and knits together the claims of the principle of liberty with those of the principle of equality.